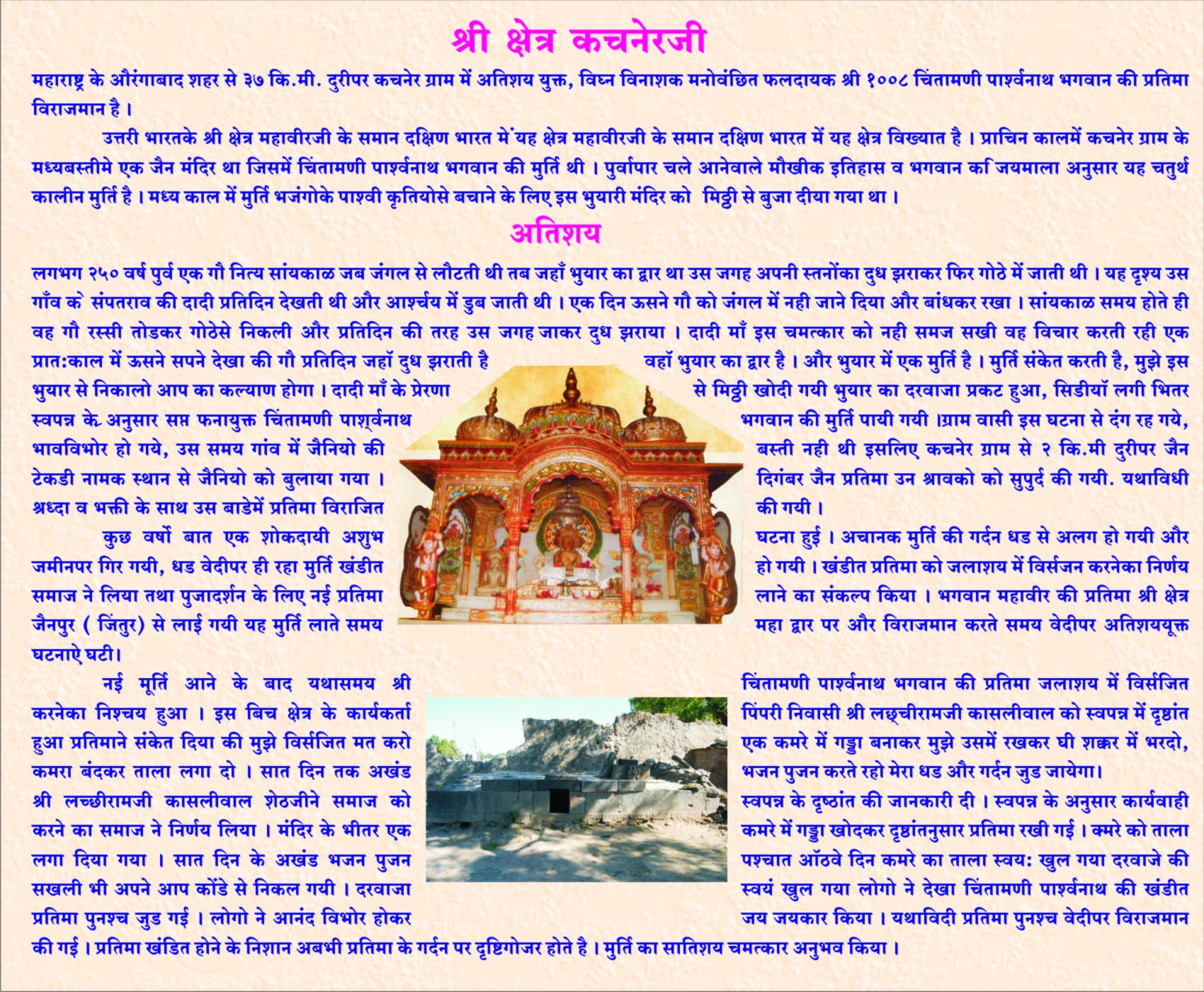 According to history the idol of Chintamani Parshvanatha Digambar Jain Temple has been discovered about 250 years ago from an underground basement. A legend is associated with the idol. About 250 years back every day a cow used to give her milk in a particular place. An old woman had been noticing from a long time. One day she tied the cow at home and did not allow it to go there. However, by evening the cow freed itself and went that particular place to give her milk. The woman was very surprised and narrated the whole incident to others. Upon hearing the story all the villagers decided to dig the place in search of some god or goddess. The place was unearthed and a gate of basement found. An idol of Lord Parshvanatha surmounted by seven serpent hoods was also discovered from the earth. The villagers constructed a temple in that place and with great reverence and devotion installed the idol in the temple.


After some years, a strange incident took place. The body of the idol broke from its neck and feel to the ground. The villagers became worried and upset. They thought of immersing the idol in a nearby pond and bringing a new idol of Lord Mahavira from Jintur Kshetra.


While bringing the idol of Lord Mahavira and during the time of installation a miraculous took place. Before immersing the idol of Lord Parshvanatha a social worker of Kshetra Shri LachhiRam Kasliwal saw a dream at night. According to the dream the Lord the denied of being immersed in the water. It instructed the worker to dig a pit in a room and place the idol in it and fill the pit with ghee and sugar up to top. It then told him to lock the room and to offer prayers and worship it for seven days and night continuously. By doing this the body and neck will join automatically. The worker narrated the dream to everyone and accordingly the instructions were followed. The idol was joined but the mark of break can still be seen on it.

The idol of Chintamani Parshwanatha is very attractive and is said to possess miraculous powers. It is believed by the devotees that if it is worshipped with all love and devotion, it fulfils the desires of pilgrims and making them free from problems. As the idol removes the problems and eradicates all worries, it is known as Chintamani Parshvanatha. It is said that travelling on foot from one’s village or town to Kachner fulfils the desires.

Public opinions about this idol:–